When we booked our trip to Disney, I never thought that tears would be part of the Magical Experience.  For nearly six weeks leading up to our trip to the Magic Kingdom, approx 3 to 4 times a day;  Jen religiously checked the Disney World App for reservations to Be Our Guest restaurant. 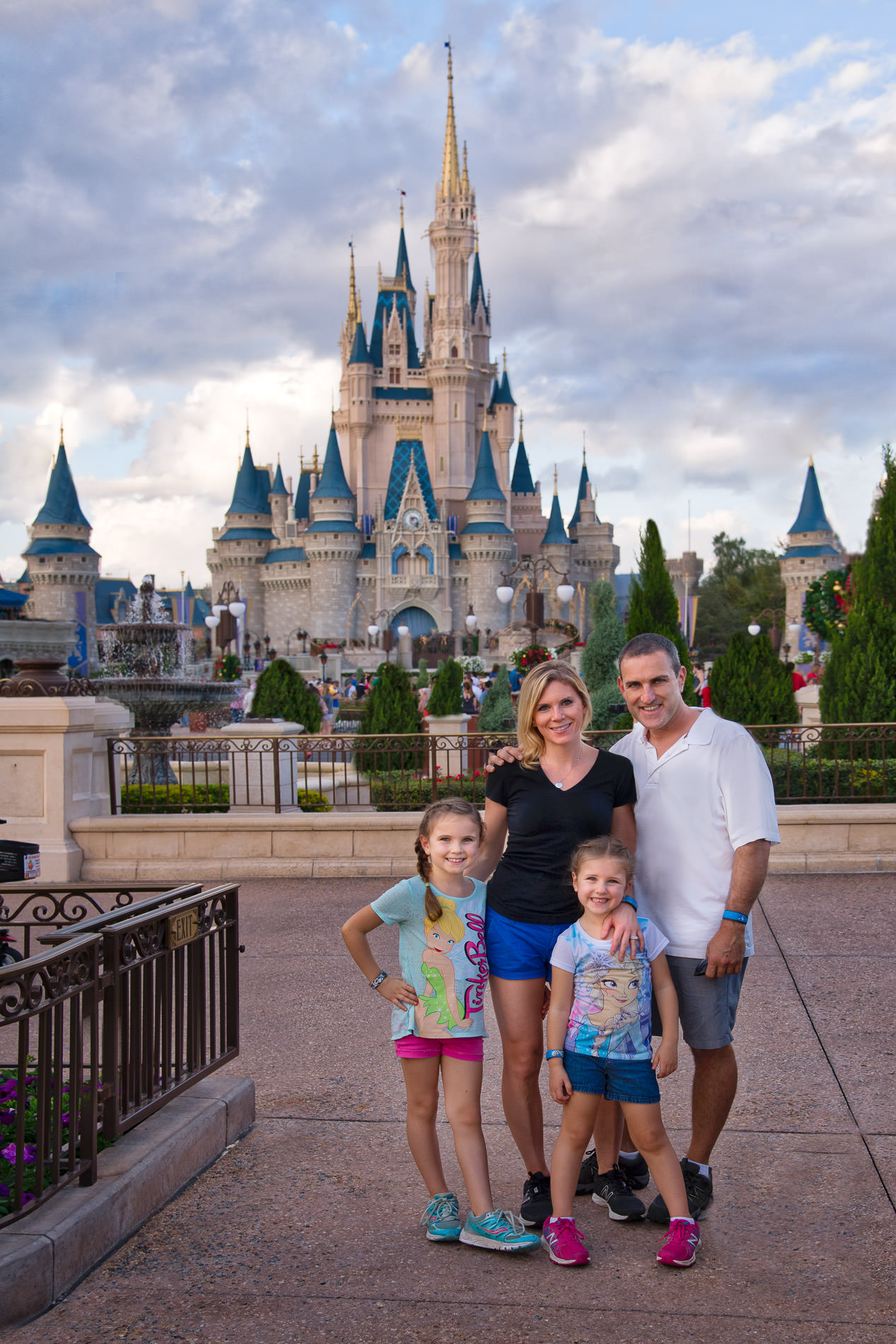 As you might recall, that was the same the restaurant within the Magic Kingdom that we had our first complete dining experience as a family last year.  You can read the blog post here.  So since Shayla had her one and only restaurant meal there, we were committed to returning on our most recent Disney World Trip.

Finally after about 3 weeks of trying for a seating time, we got a 9:30pm reservation and that was going to have to be good enough.  Although quite late, and likely proving to be too late to view the fireworks;  we knew that dining out was a main priority for this trip’s compete experience.  Shayla was SO looking forward to eating again there, we just couldn’t say no.  Fast forward to the night before our reservation, I was able to miraculously score us a 5pm reservation; and that set the tone for what would likely be the perfect magical day!

Our dinner reservations were accepted on schedule and we were seated comfortably in the corner table in the infamous “West Wing” of the Beast’s castle. 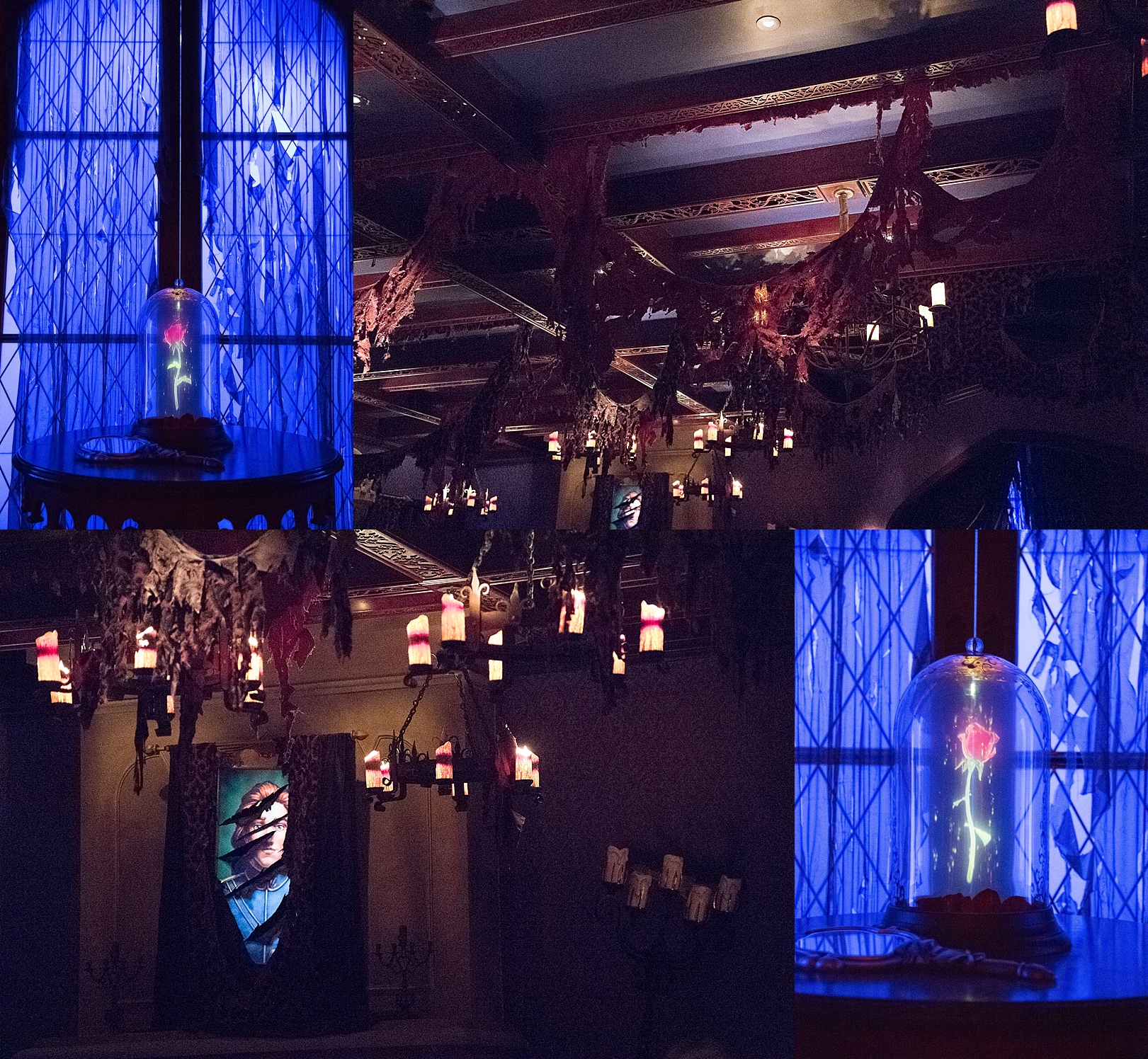 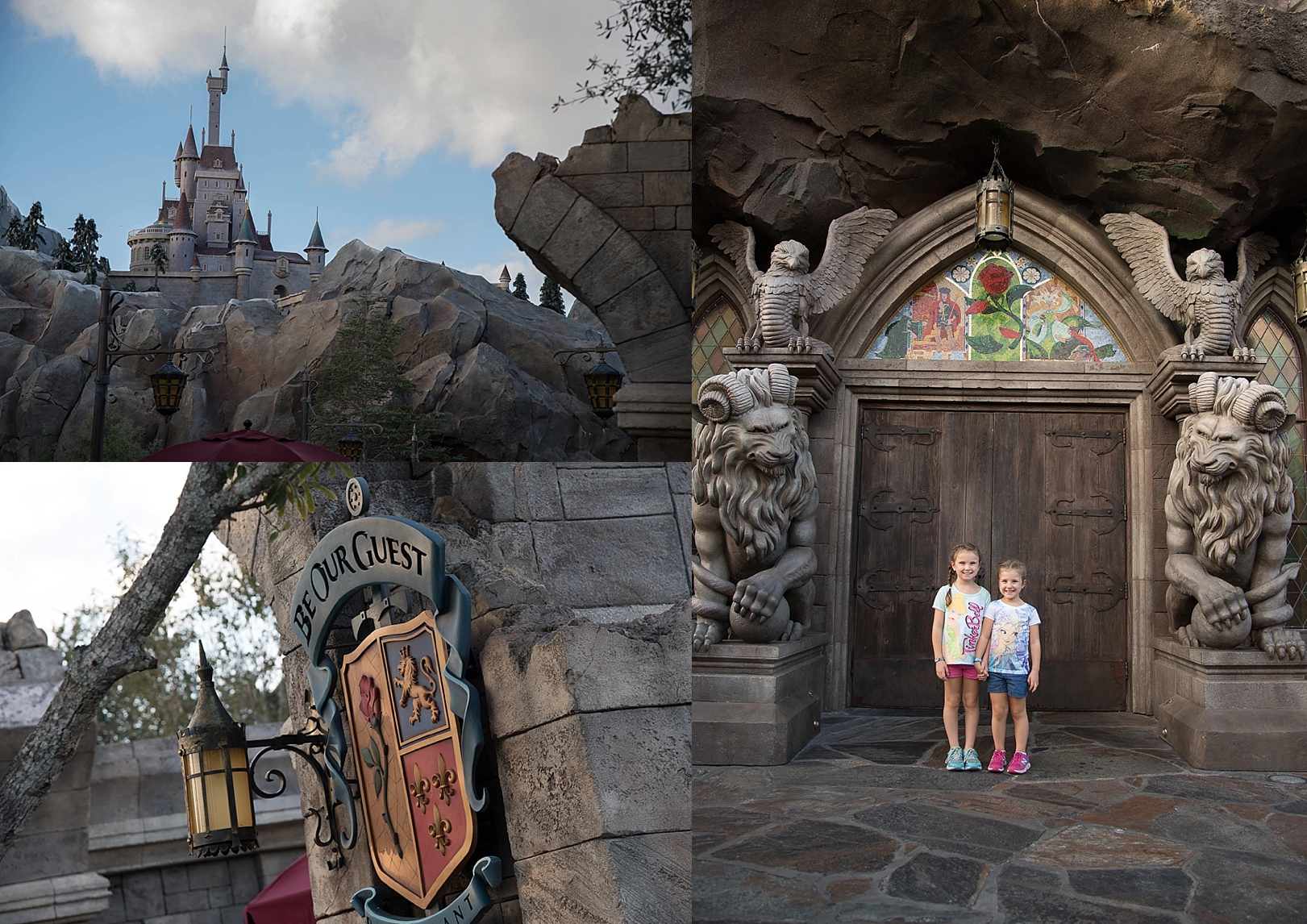 The smiles on both girls’ faces were so priceless.  Shayla was extremely excited to explain to our two servers Casey and Brittany, that she was allergic to Dairy, Eggs, Peanuts, Tree Nuts, Fish, Shellfish, and now only intolerant to Wheat but not necessarily allergic.  The server knew right away that we would most likely prefer to speak to the Chef at this point before we moved forward.   We explained that we did so last year as well, and everything worked out quite nicely.

We proceeded to tell Casey and Brittany that last year’s trip to Be Our Guest was the only restaurant meal Shayla has ever eaten in her life and we were back excitedly try it again.

I would be lying to you if I said we were completely comfortable about the whole process.  Perhaps slightly less apprehensive than last year, but still terrified.   We did bring an alternative meal with us for Shayla, just in case it didn’t “feel” right and we didn’t feel safe ordering.  (below is our cooler full of “plan B” dinner for Shayla) 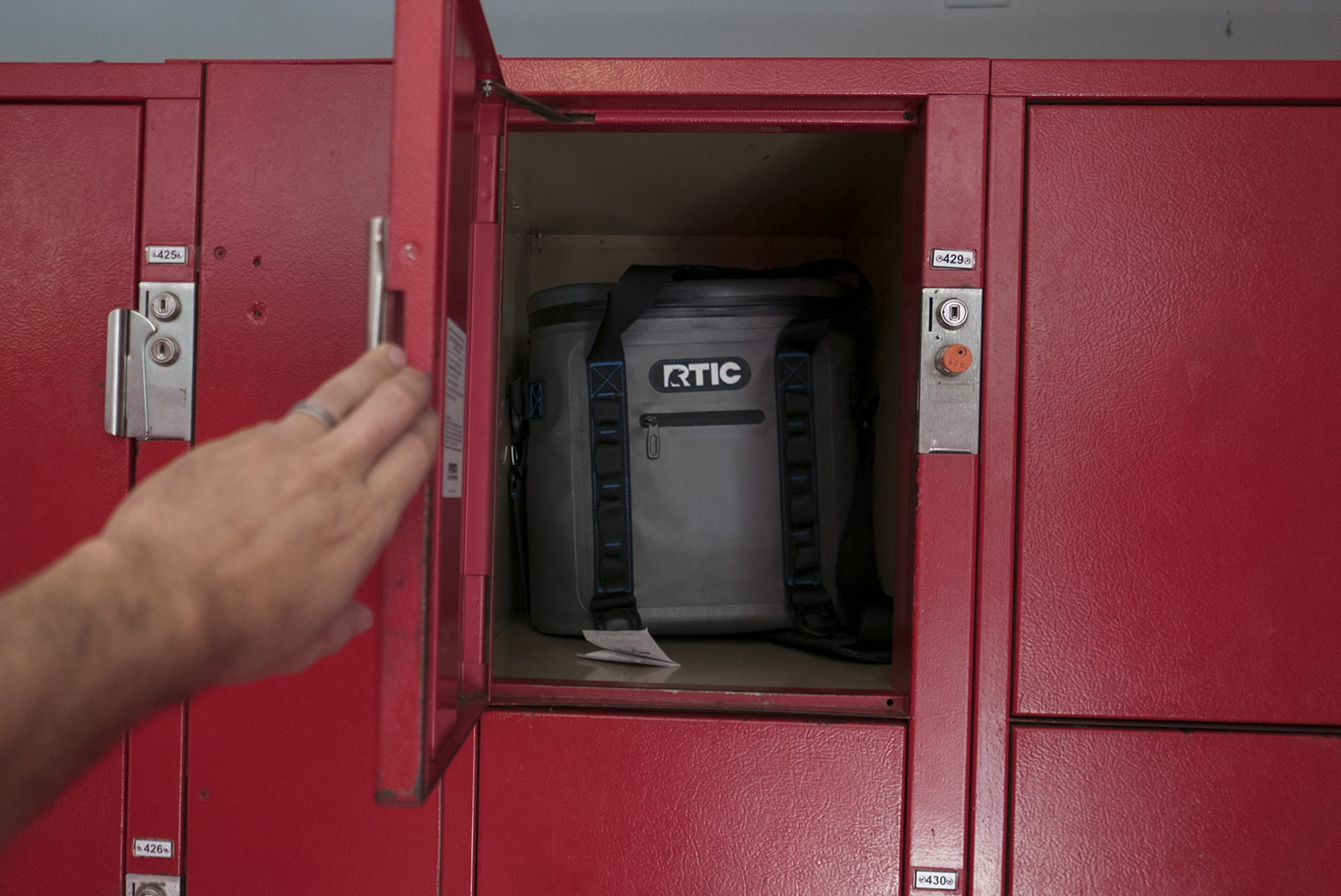 We still took the necessary precautions; wipe the seating surface, table and surrounding areas before seating her.  We also requested a water with NO ice and sealed straw, to reduce the risk of spillage in the ice bin contaminates and or allergen hands touching the straw surfaces.

Chef Jerry eagerly approached our table, and patiently listened to all our concerns and smiled.  He said.. “Well, I’ll put it to you this way,  We aren’t in the business of ruining anyone’s vacations…”  Lol  that put us at ease.  He helped Shayla personally order her meal of steak, green beans and carrots.  Also suggested a fresh fruit cup appetizer, and said he will investigate some dessert options.  Before he even made his way back in the kitchen; he was on his cell phone making arrangements and investigating dessert options.  The server suggested some bread for the table and some tapioca rolls for Shayla which were cleared by the chef as safe for her.  They did also bring some type of butter alternative, but I wasn’t comfortable offering that to Shayla so we skipped it all together. 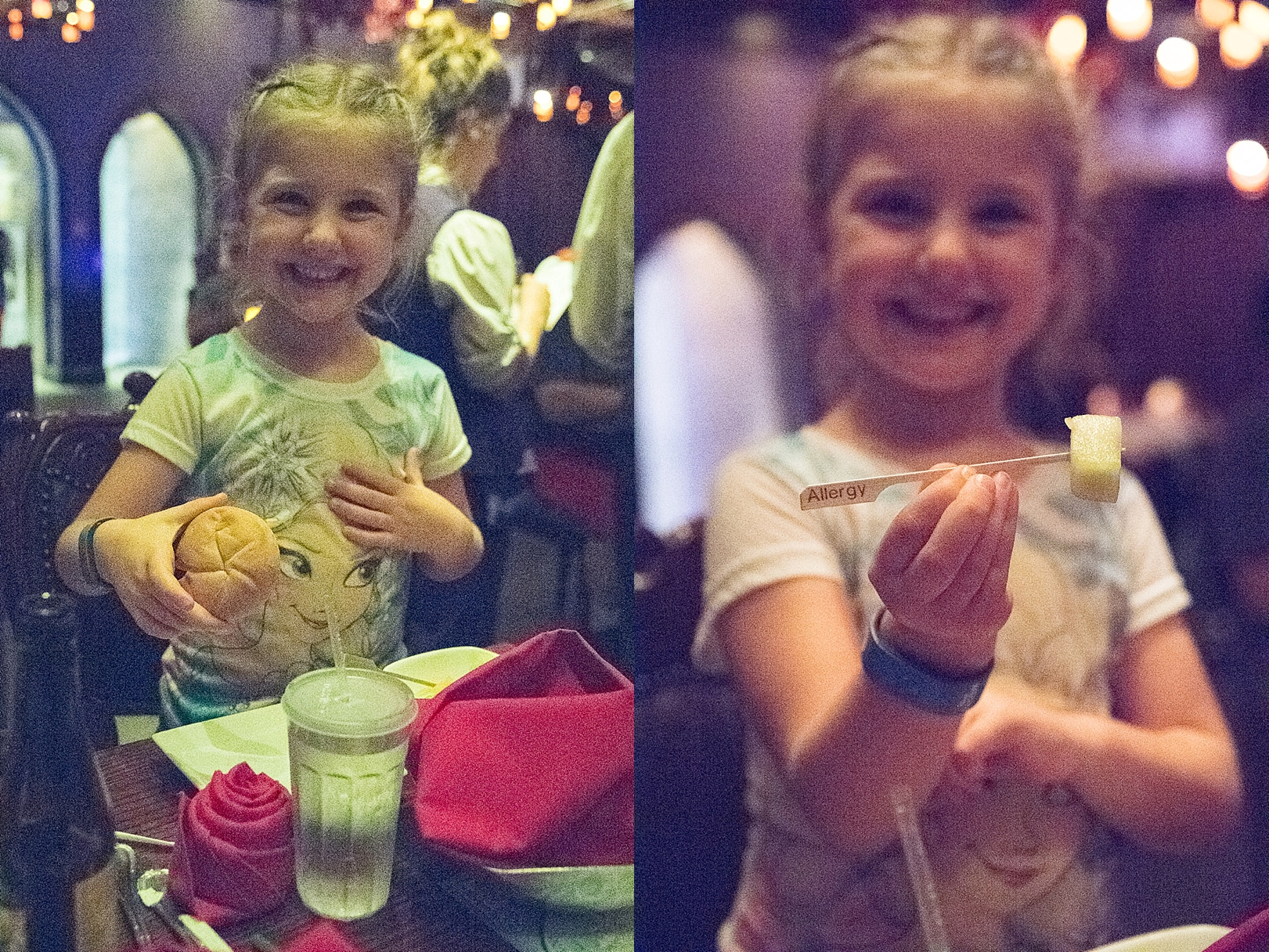 As the excitement of the West Wing kept the girls occupied Jen and I enjoyed our beers for what seemed like only 3 minutes, before our meals were arriving.  Shayla’s plate handled by a separate server than the rest of ours.  A big stick in it labeled “Allergy” clearly marking the necessary care required for that meal.  Dinner was delicious and the smile on the girls’ faces were just priceless. 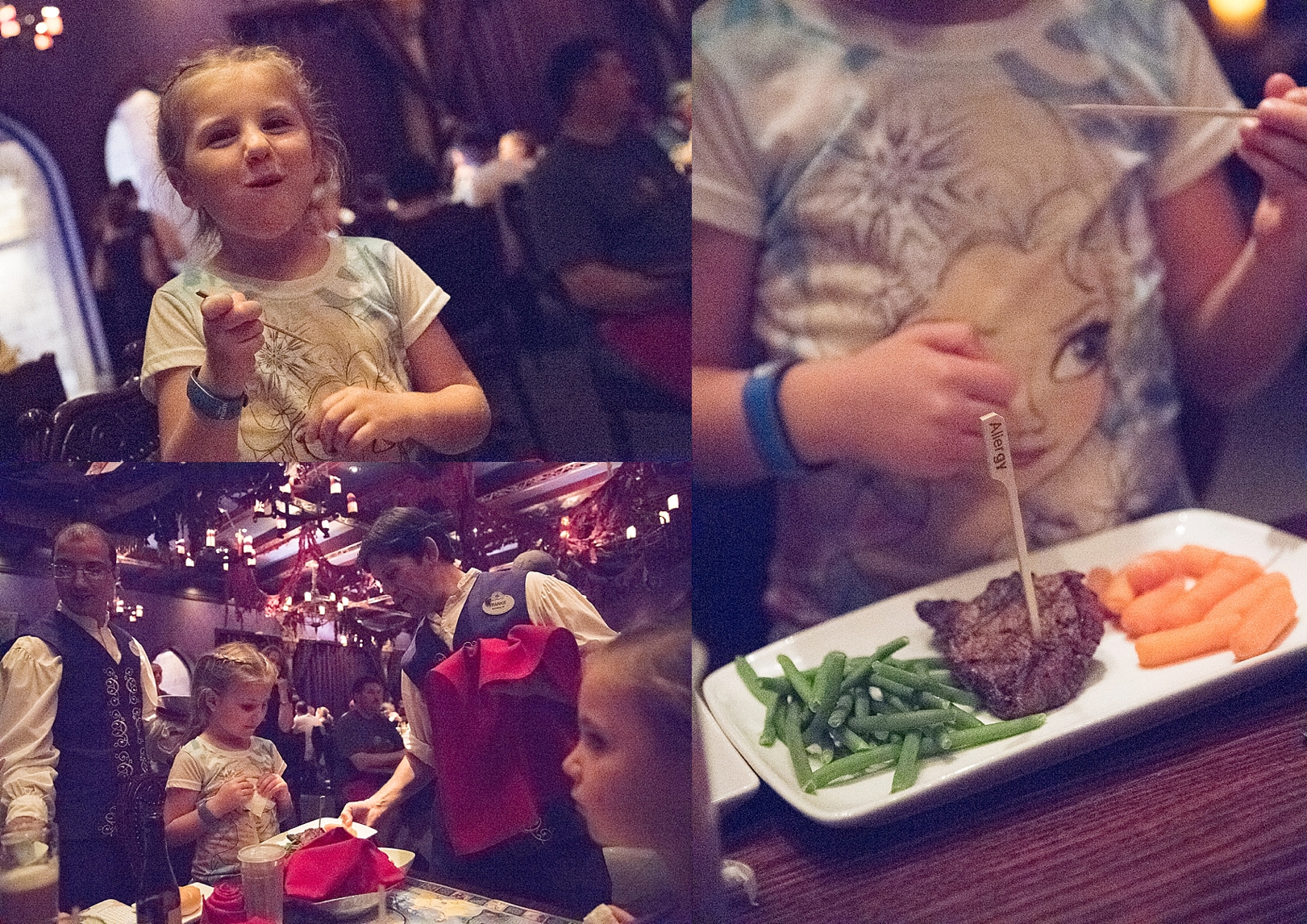 Chef Jerry came out once again to bring a container of ice cream for Jen to examine the label.  He was concerned that brand was manufactured in a facility that handled nuts, dairy, etc. 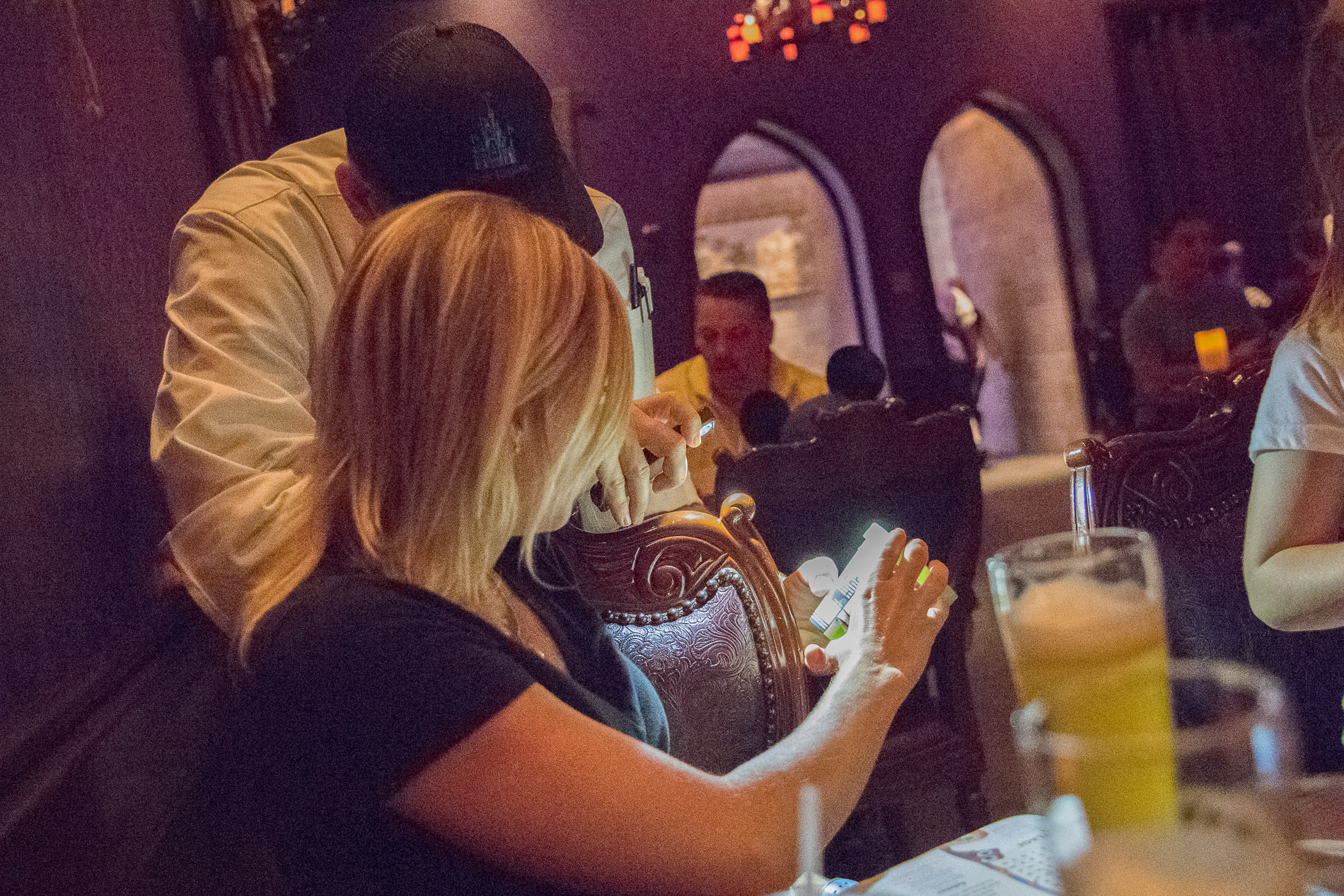 We whole-heartedly agreed to not offer her that, as we don’t use anything that was not manufactured in a dedicated facility.  The alternative was the ever reliable Enjoy Life brand cookies.   I love the partnership that Enjoy Life has with Disney, although I didn’t see too many kiosks selling them this year as compared to last year.

Anyway dinner went off without a hitch.  Our extremely attentive servers brought over the dessert cart after handing Shayla her own package of Enjoy Life cookies.  She was in heaven.

They are her favorite.  Leighton was treated to a chocolate cream puff AS WELL as the “Grey Stuff”  because she just couldn’t decide.  It was a perfect evening for everyone.  So where were all the tears?

As the girls all went to the bathroom to clean up, I had received the check.  For some reason, as soon as I saw the kitchen order with tons of “See Server” “Allergy” notes all over it, I was brought back to my 15 years of restaurant experience.

The tears started welling up inside as I thought about the huge red flag this order threw up in the back kitchen and amount of people that must have had to work together to ensure a safe meal for just one of their guests.  I was reaffirmed how much effort Disney puts into their magical place.  (A side note:  when we were waiting in line for the carousel ride, a little baby dropped his pacifier on the ground and it bounced and shot under the ride out of reach.  The panicked mother was immediately soothed by the fact that the ride operator said she would have a new pacifier for her by the end of the ride. ??? WHAT? )  That story also hit me at the same moment I was going to pay.

I started tearing up once I could fully visualize what our little girl was able to just enjoy.  Something SO many people take for granted, she has only had twice and NEVER once complained about.  NEVER once has she ever said, I wish I could eat there or that.  This, hit me the hardest of all.  So there I sat; by myself and completely useless in our corner table.  Futilely wiping tears from my face.  Trying to hide it the best I could.  Finally I got my composure just seconds before our servers returned with our change; but I couldn’t even get the words out without losing it again.  My wish was for the change (nearly equal to the bill),  to be theirs to keep.  I think I said something like,  “Keepin.. you.. changeank yous” or something like that.   Brittany looked at my face, grabbed her chest and had to turn away.  That made it even worse.  I barely muttered the words… “You have no idea how important this was to us…”  and; “If possible could we get a picture of Jerry the Chef with Shayla”  They replied tearfully, “Of course.  I’ll go get him.”  Bloodshot eyes and all I said thanks to him and captured this photo. 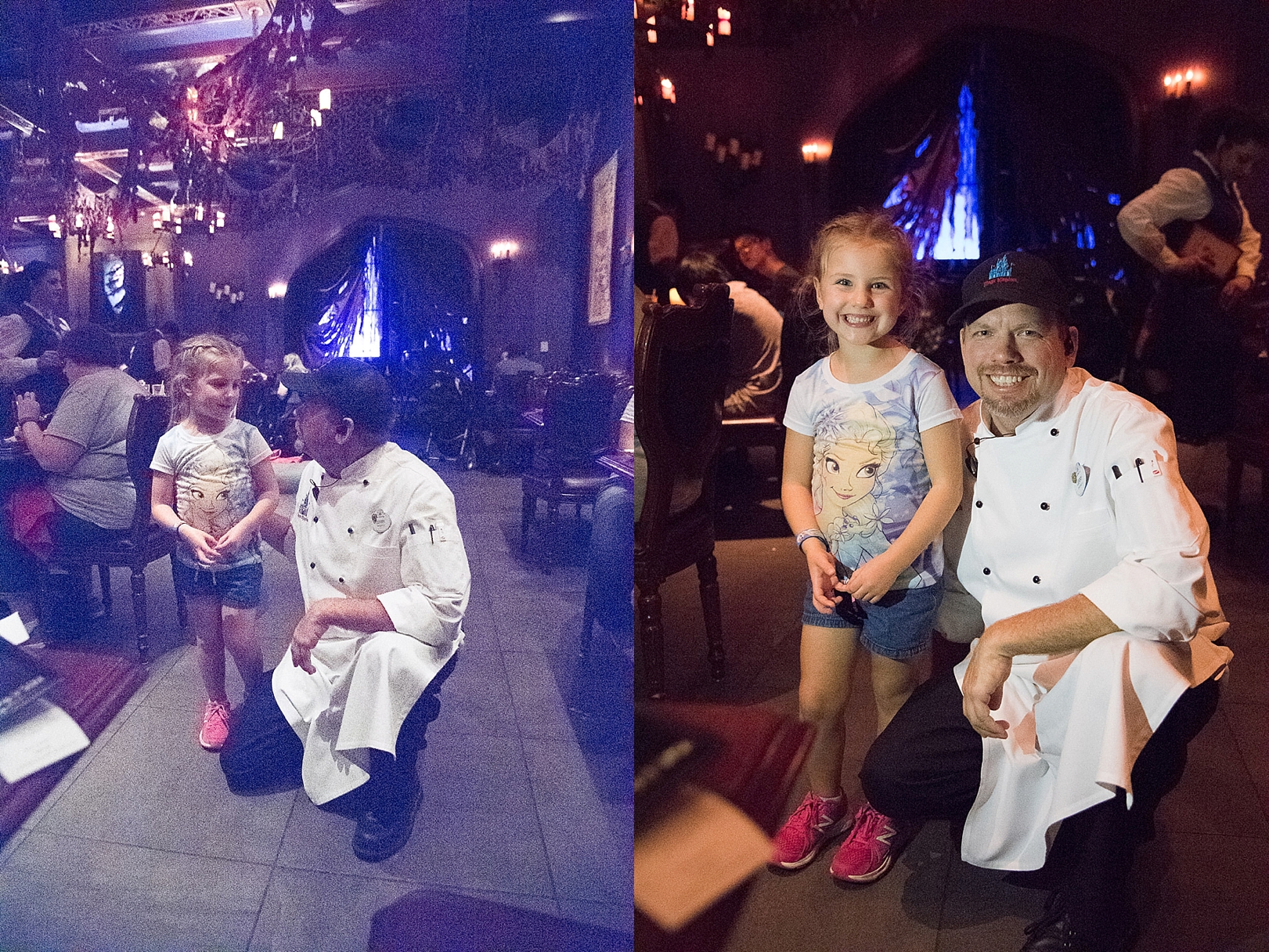 Jen unknowingly asked me what my problem was… lol  I said.. “Well, you know me.  I’ve just been sitting here crying like a three year old since you left for the bathroom”  She shook her head and said… lets go take a photo with Beast. 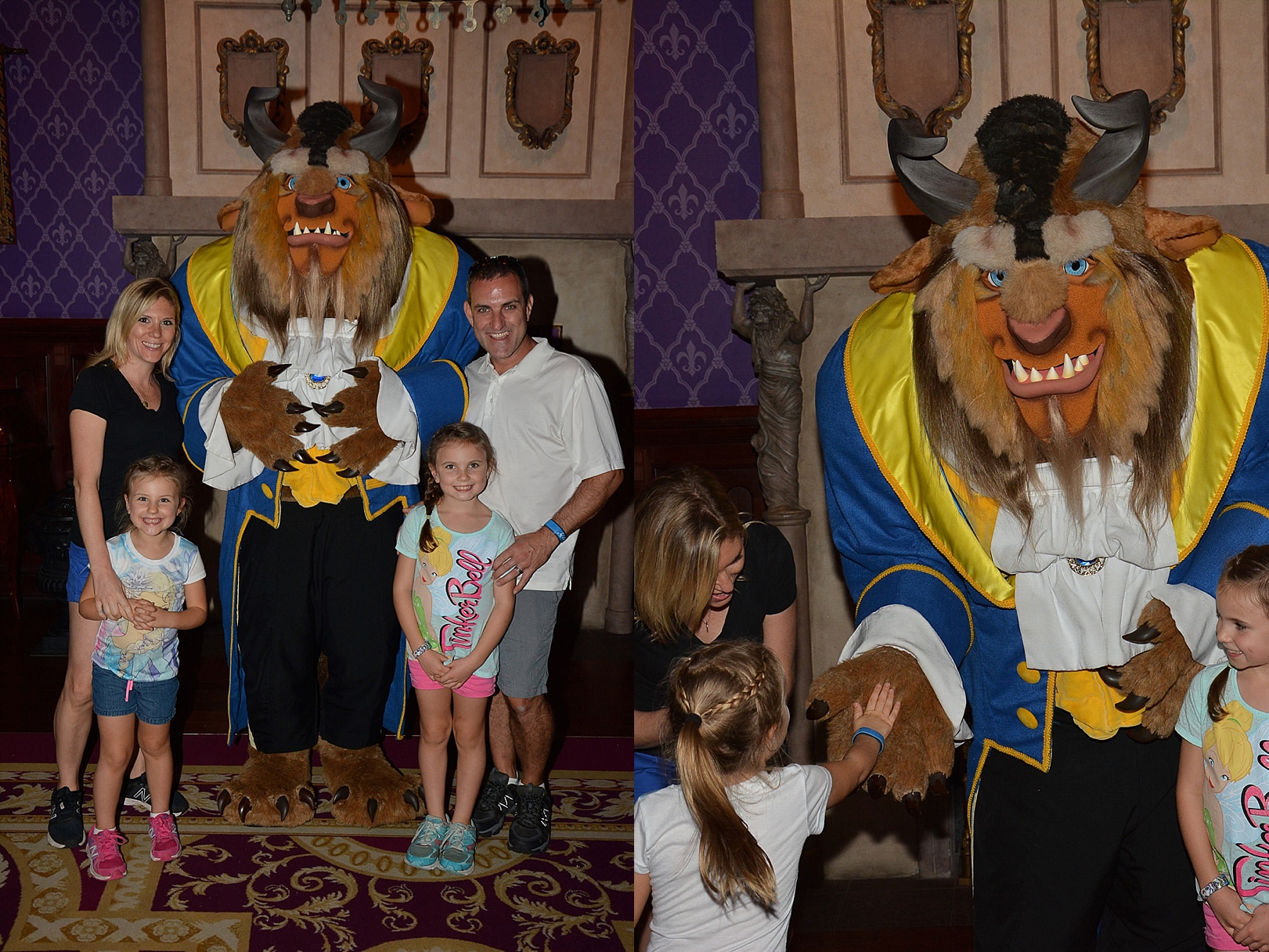 PrevPreviousHow heavy is your water tank? (Repair)
NextWhat is the #1 Question We GetNext