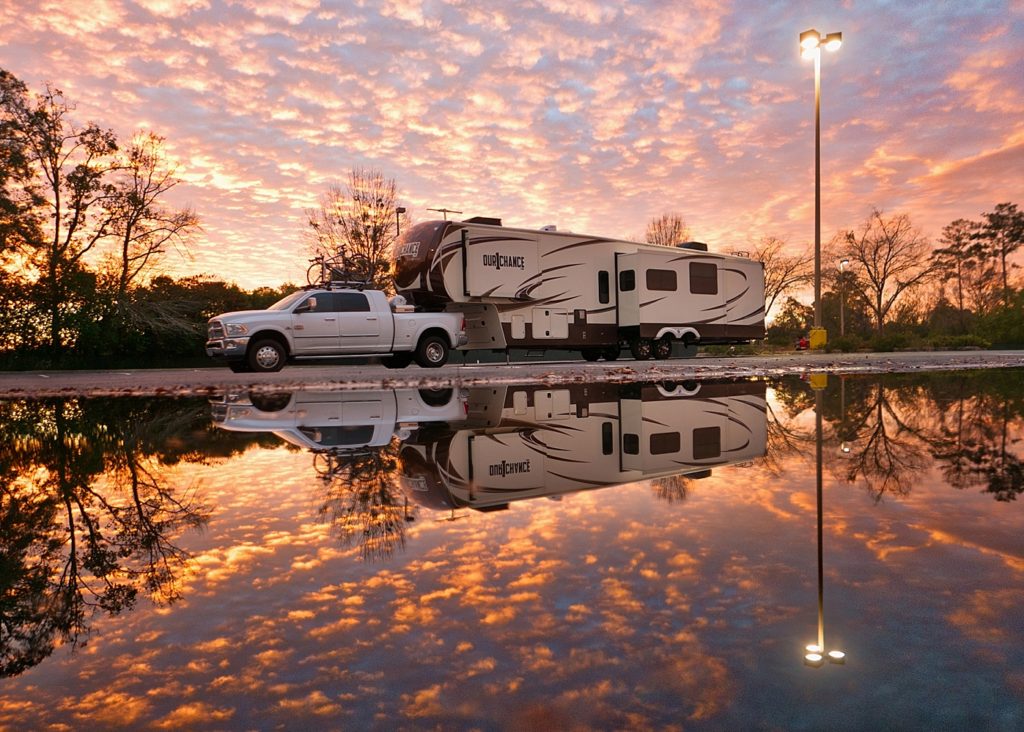 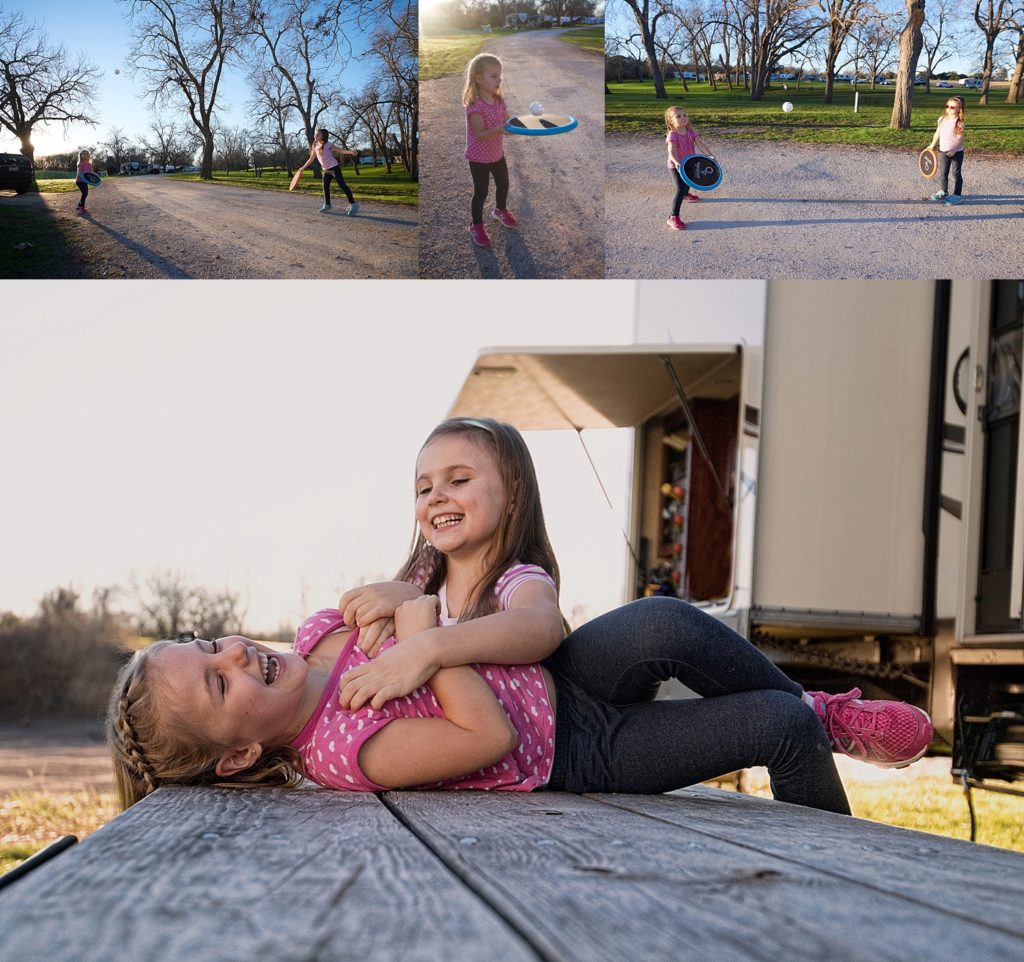 The view does not disappoint! We had some AMAZING sunsets! 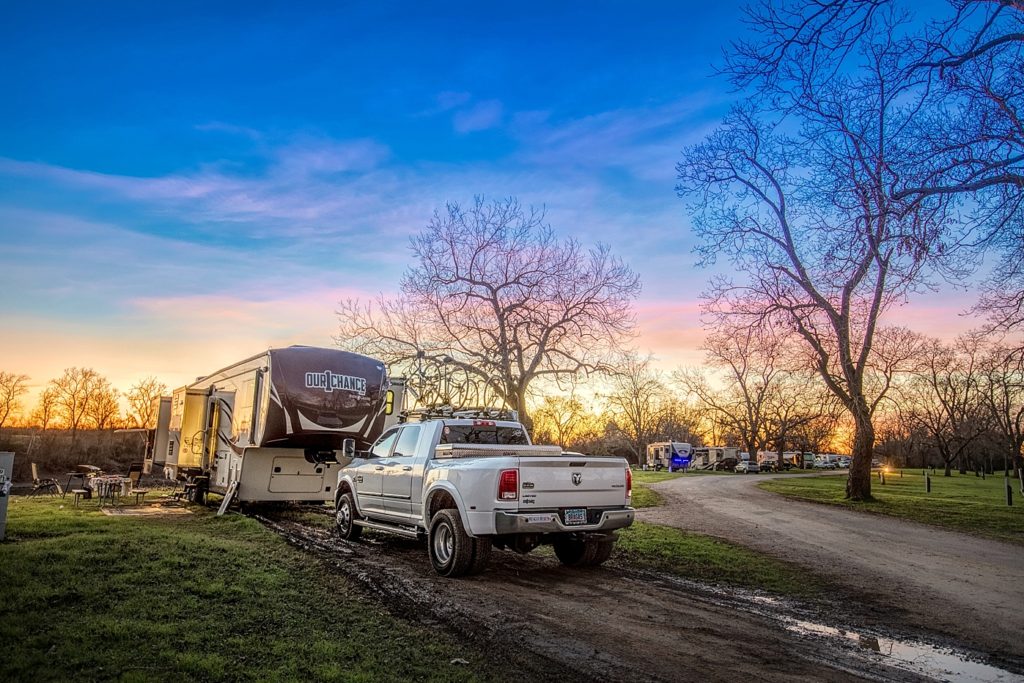 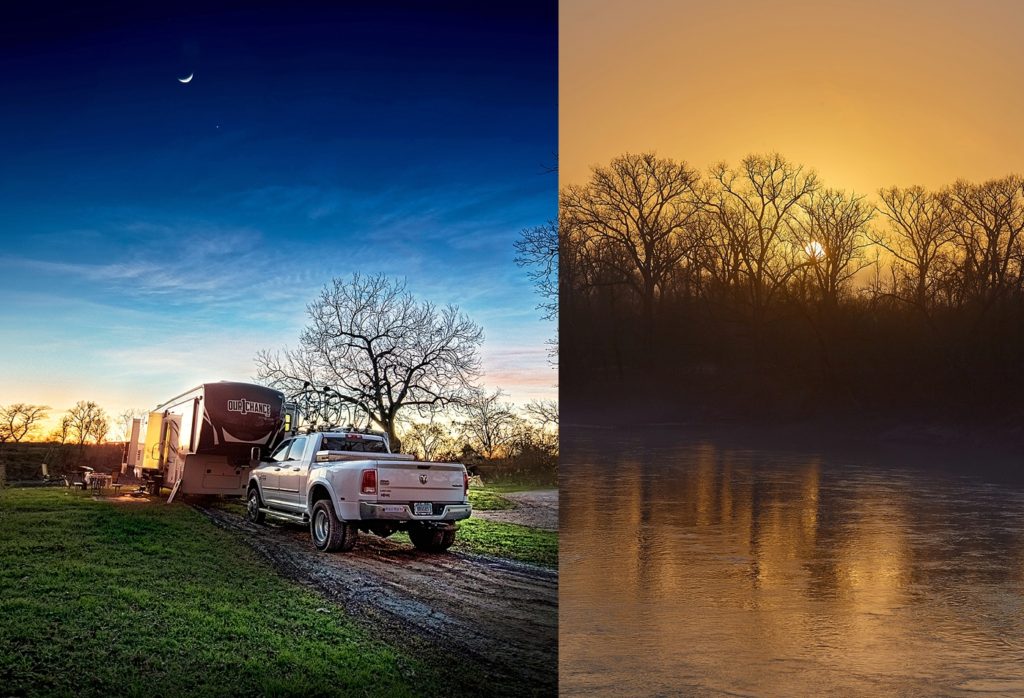 There is not a ton to do in the small town of Columbus Texas but it is only about an hour and half to Austin, San Antonio and Houston.

Its geographical location makes it a perfect home base for a couple of weeks while we dig in and get some work done. 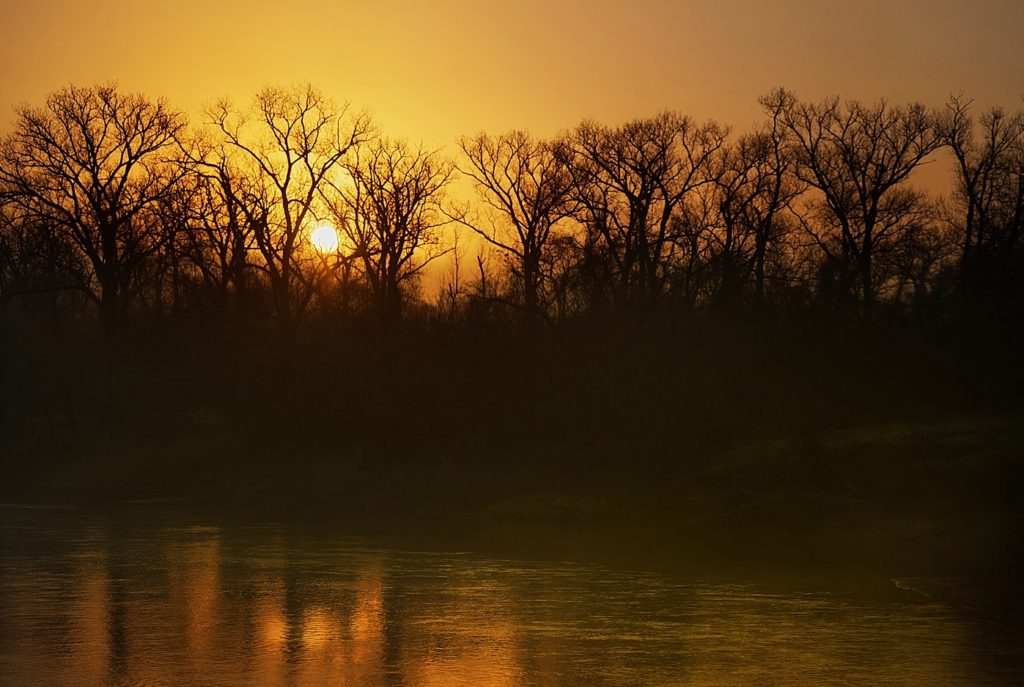 The first few nights we stayed in Texas were freezing! Definitely not what we were expecting.  We woke up one morning to some crazy frost.  Jerome just had to head outside with the macro lens and capture some are. 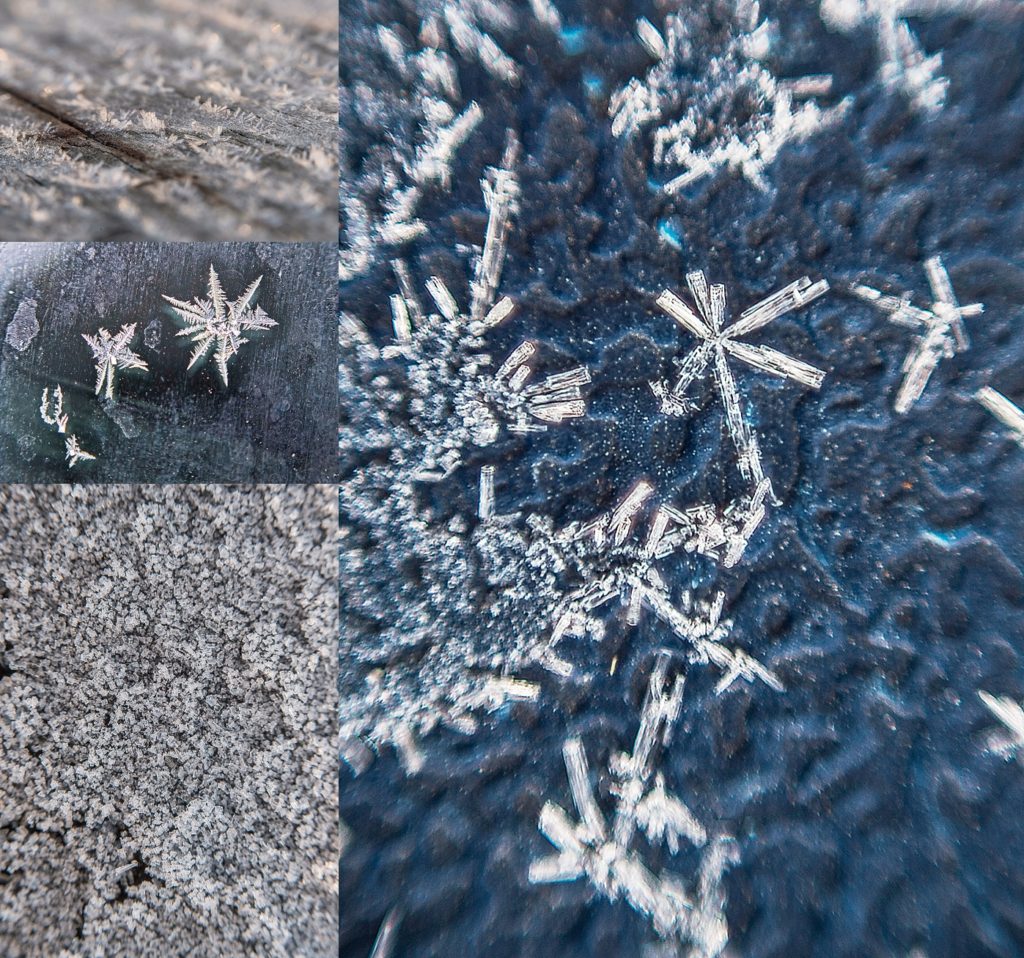 We thought we were trying to escape the winter weather but it had followed us all the way to southern Texas!!!  (Sorry to all the Texans… It was our fault) 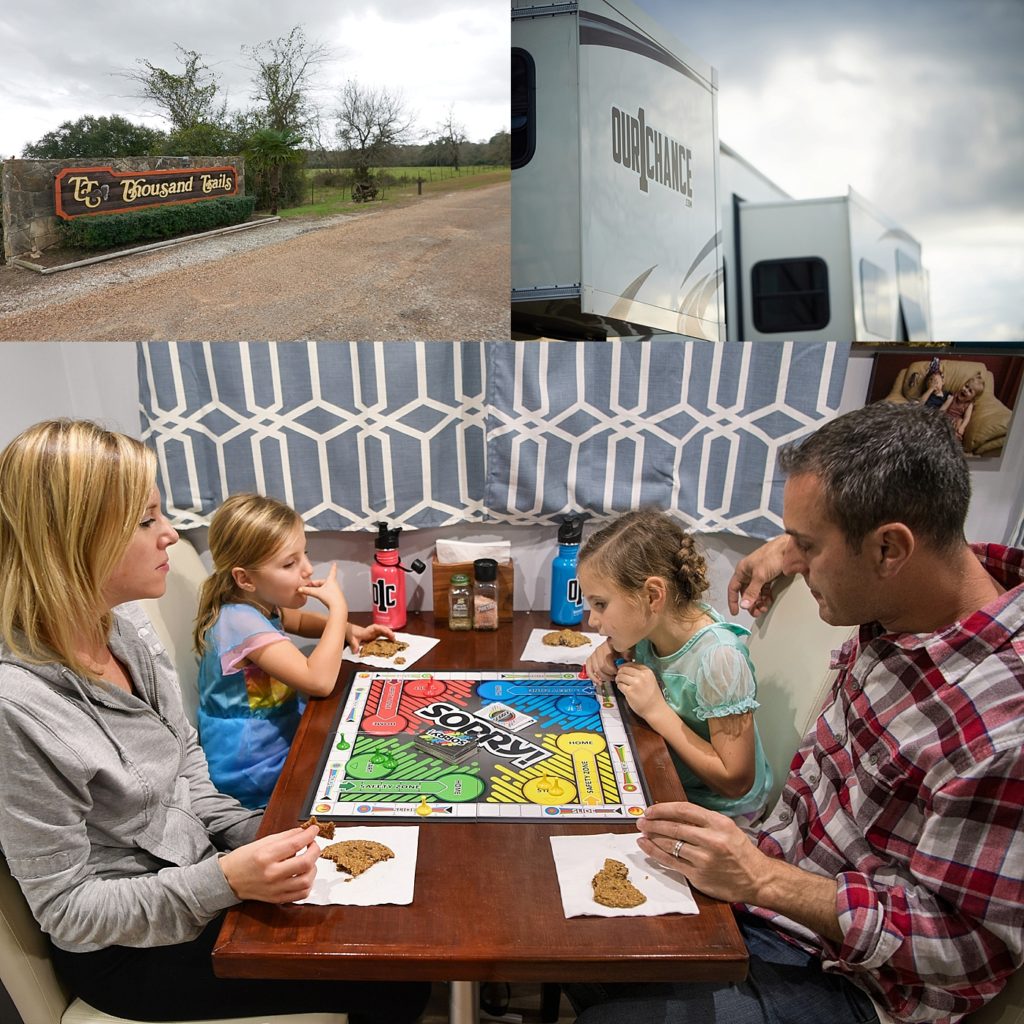 The chilly weather had us inside a bit but gave us plenty of opportunities to catch up on our board games.

After the first 2 days it did finally warm up and we were able to spend some time outside! 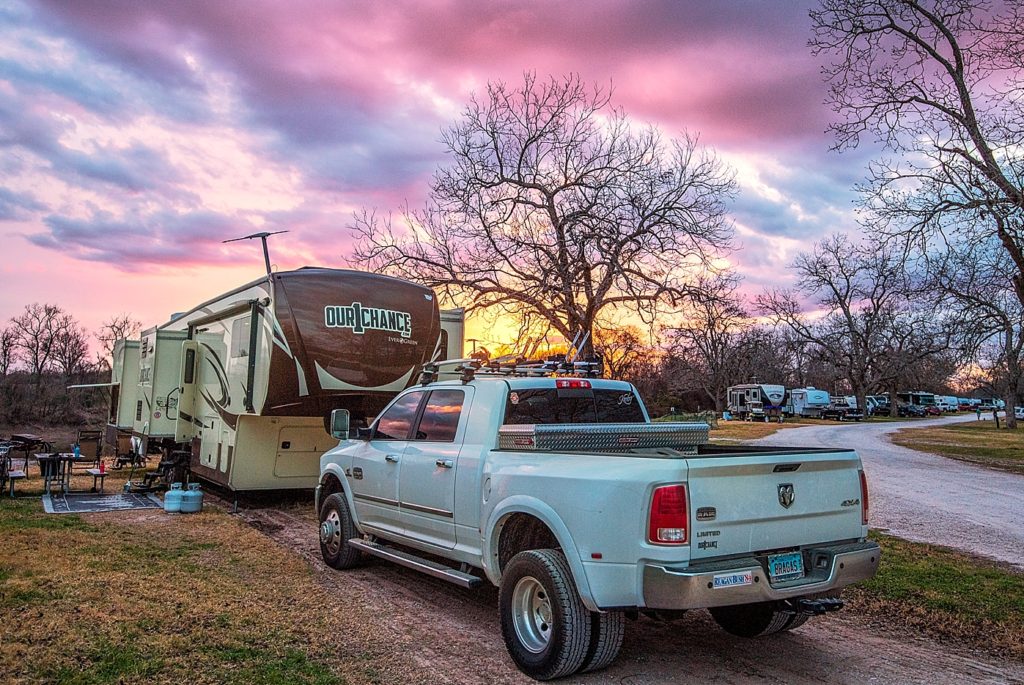 After driving through the stressful east coast and arriving in Texas its so relaxing. The campground is super quiet. 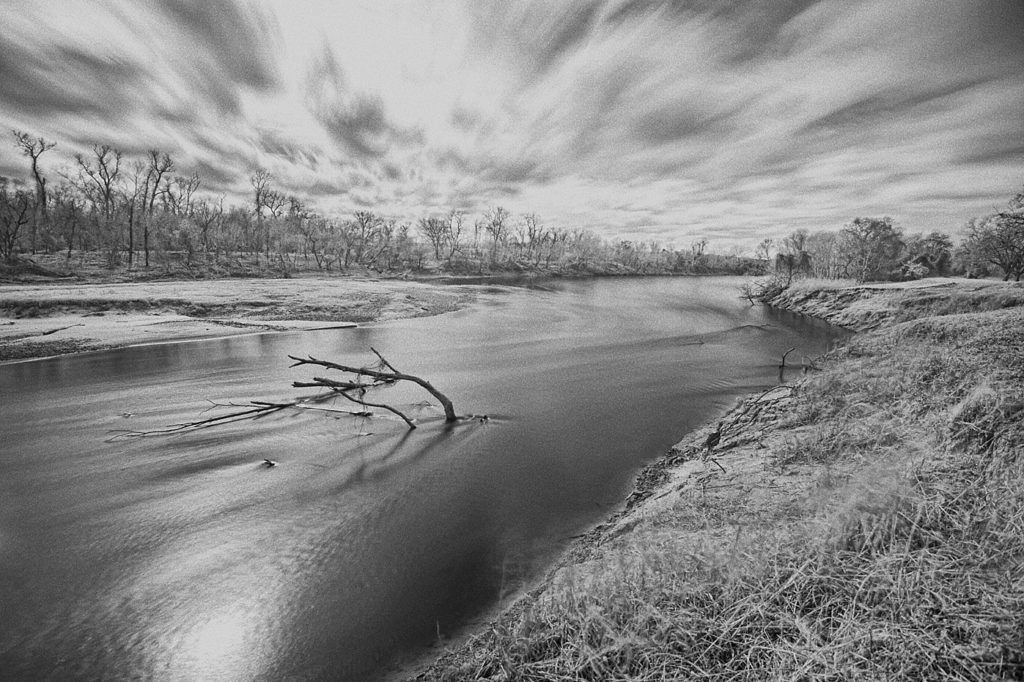 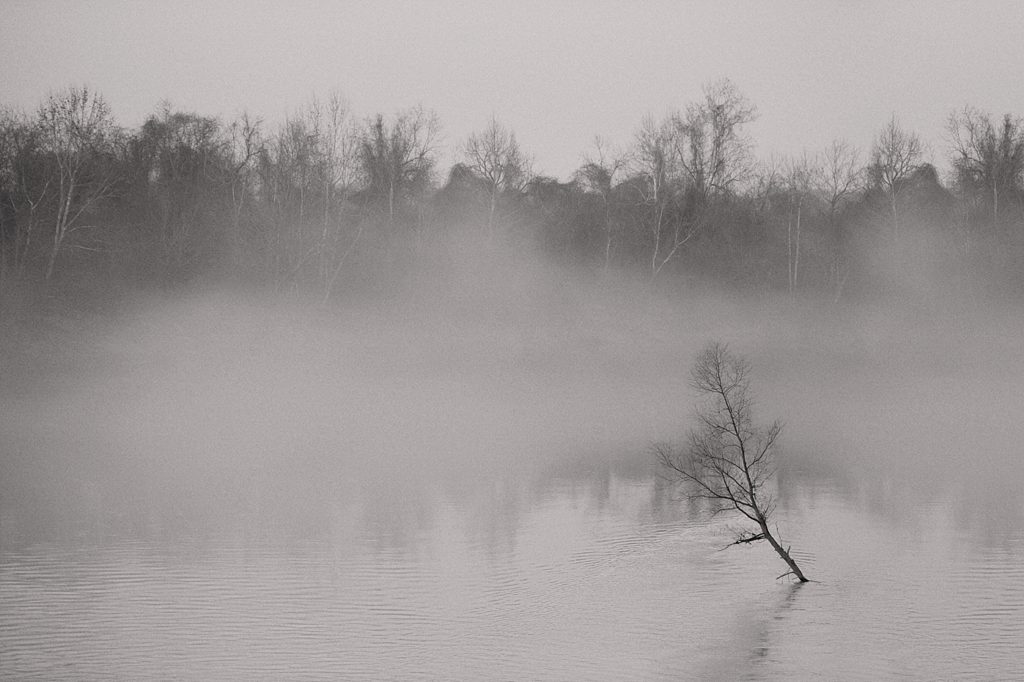 The girls are able to run around and really explore the outdoors while we are there. 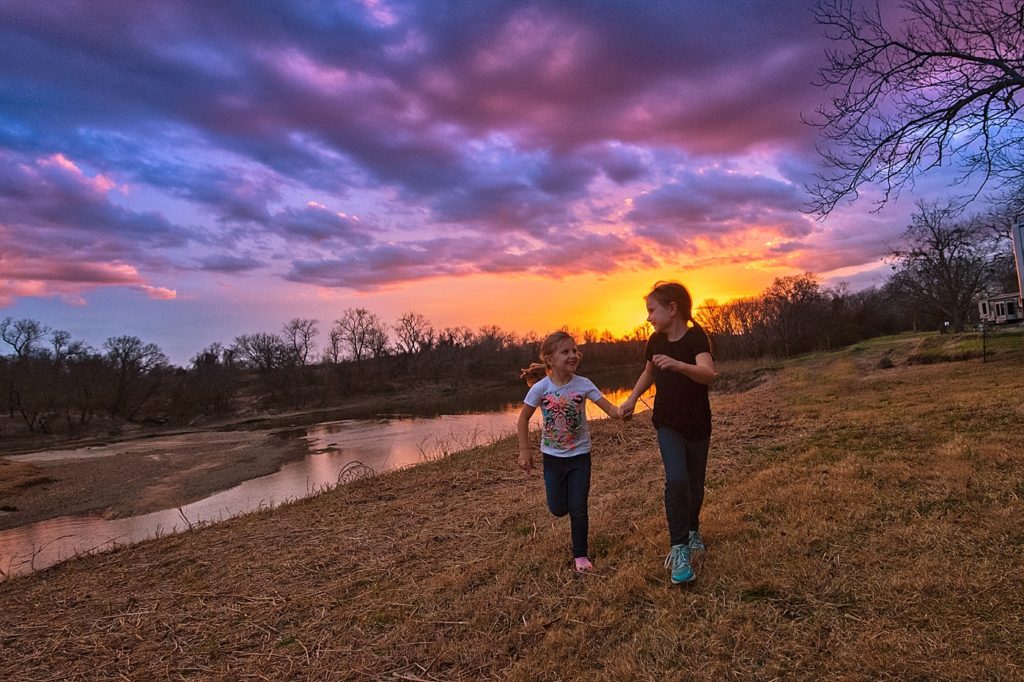 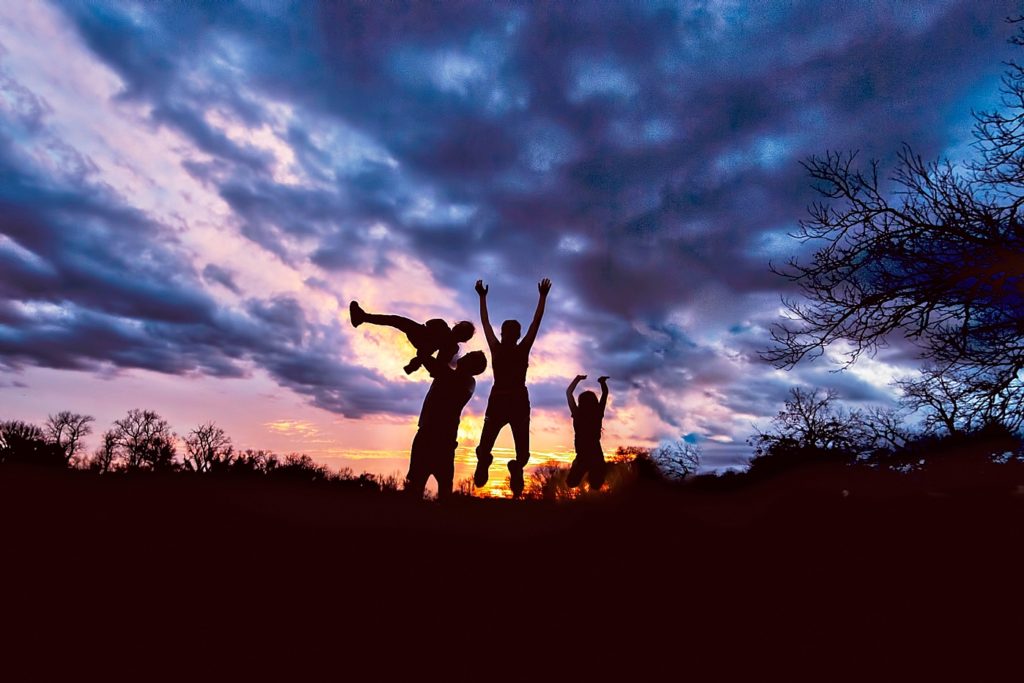 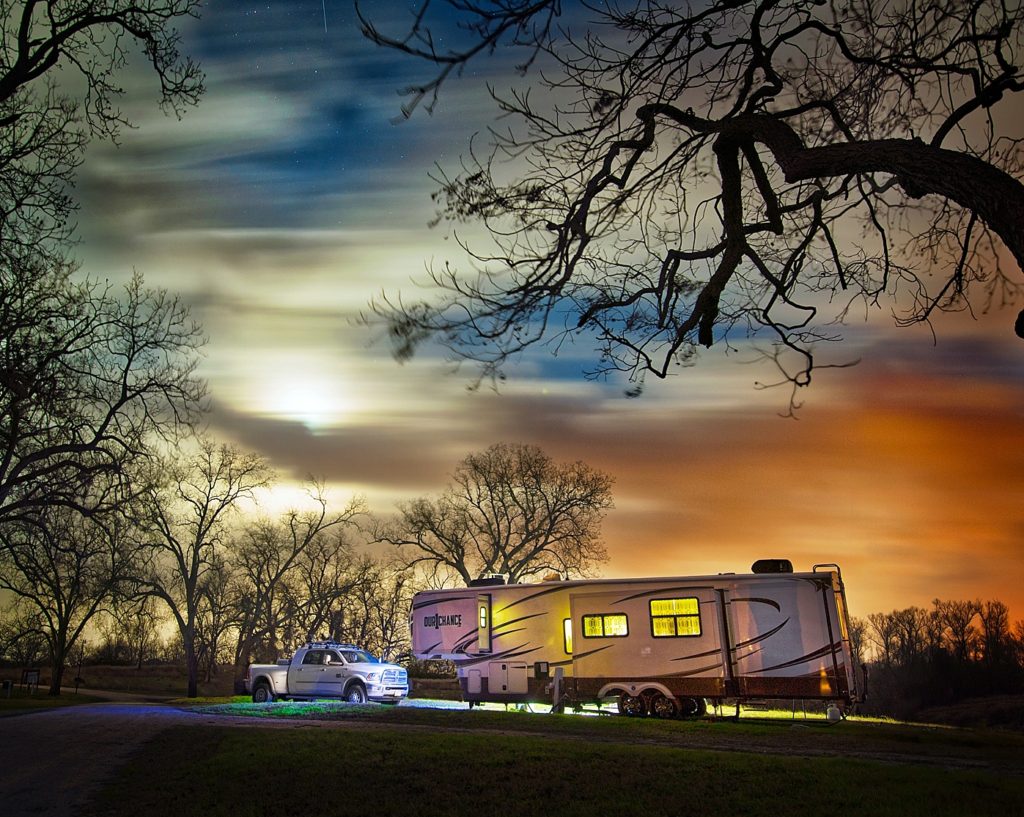 One day we drove somewhere and thought it hysterical that the girls AND Cole found it necessary to bundle up like this. 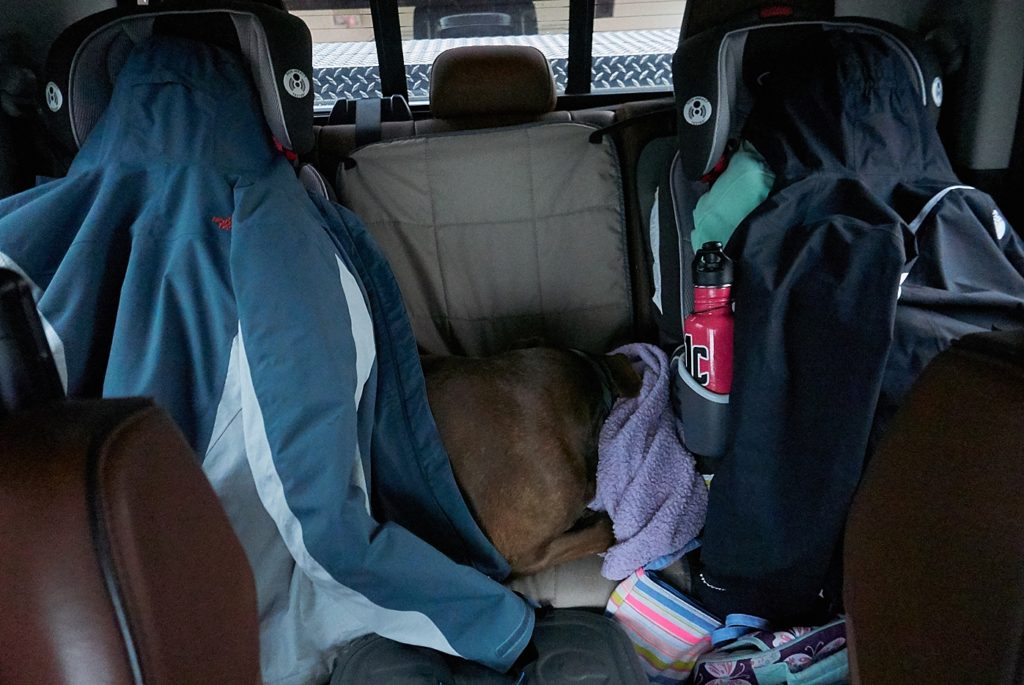 While we were here, Shayla also learned to finally ride her bike without training wheels! When Shayla tries something new and doesn’t get it immediately she gets, let’s just say frustrated 🙂 She easily gives up and thinks she is right and we are wrong so sometimes its difficult for us to teach her so big sister Leighton stepped in and she was so patient with her. She should really get all the credit for Shayla riding her bike. 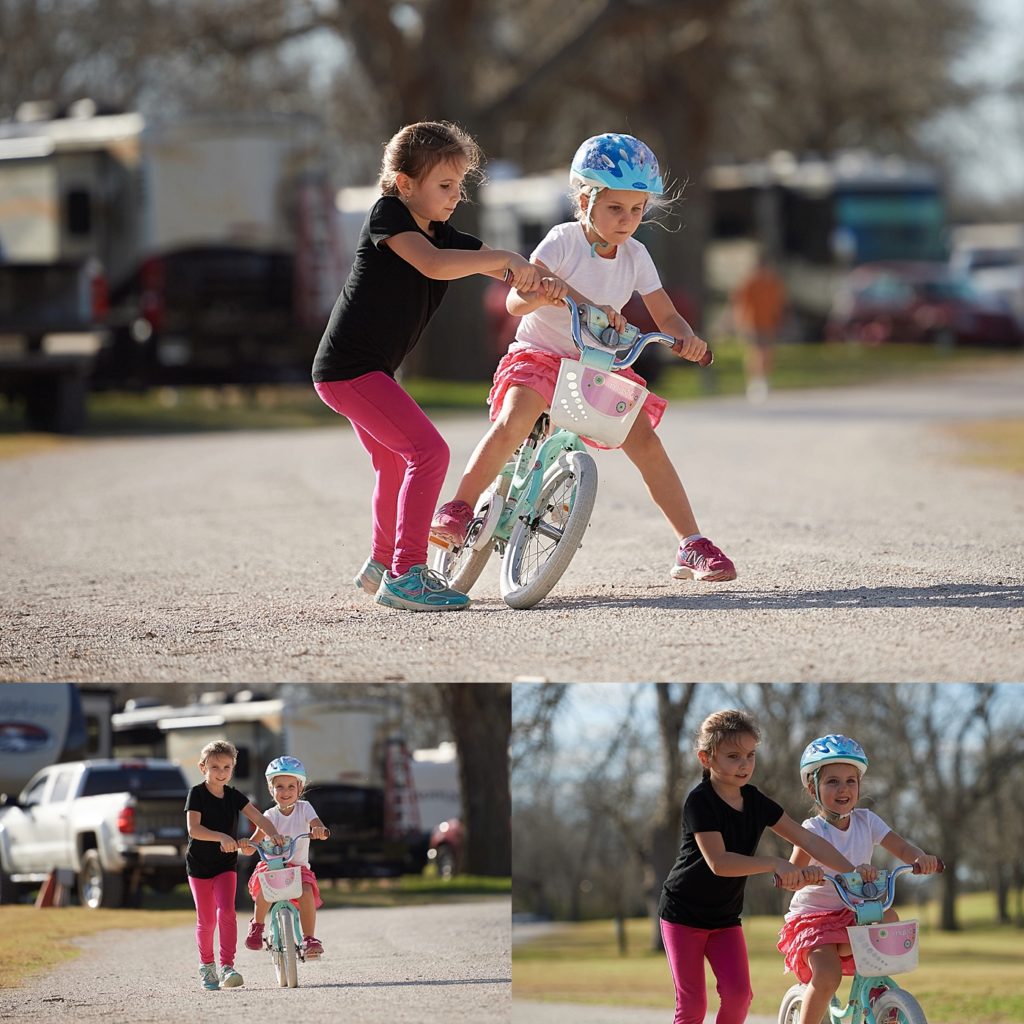 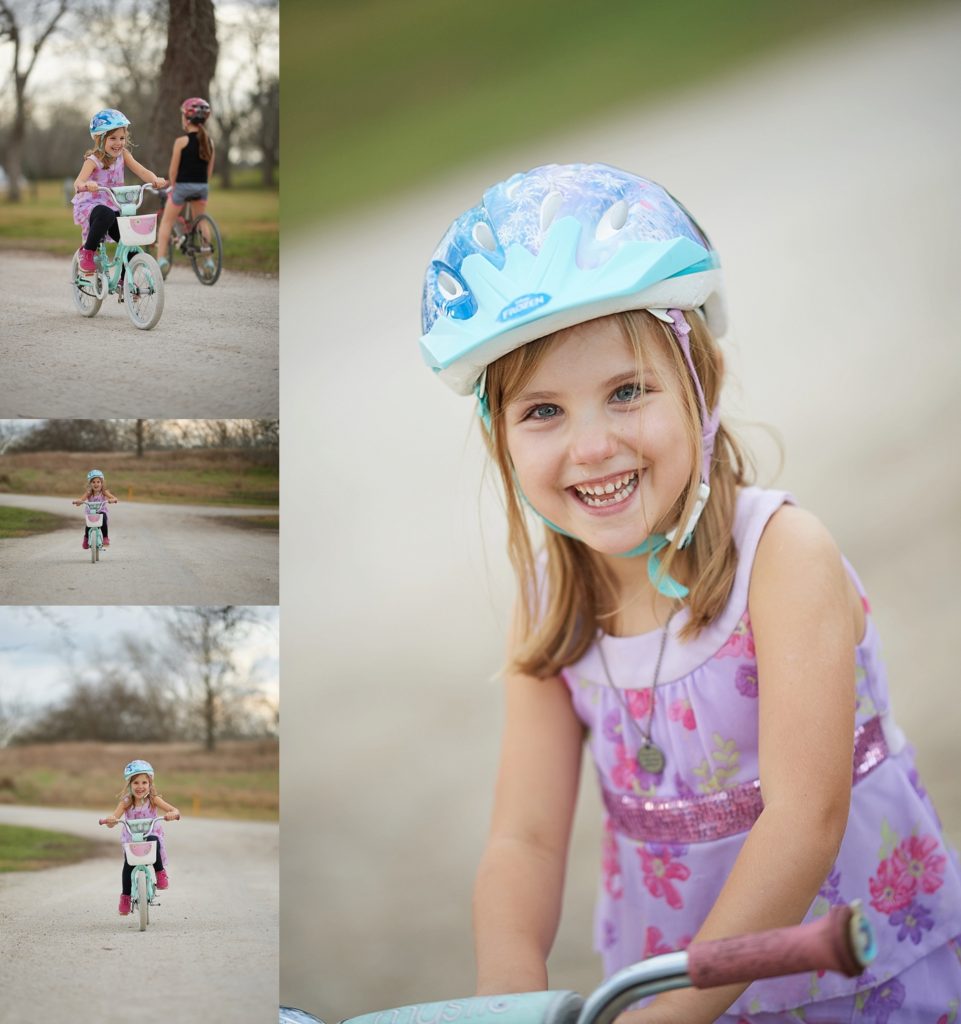 PrevPreviousThe RVLock Keyless Entry install
NextCan you believe that Prada would not let us in!Next